From Stuttgart to Paris by ICE train

By saver fare train ticket from Germany to France

From Stuttgart to Paris, there are up to five daily train connections available. Deutsche Bahn (German railways) offers saver fares on this route. Thus, you can travel really cheap in just over three hours from Stuttgart city center via Karlsruhe and Strasbourg to Paris. Faster than by airplane. I made my trip on a morning with an ICE train, although I prefer the connections with a TGV trains - more on that later. For the fast ones here are already the booking links to the Deutschen Bahn and Trainline. On both websites you can buy the saver fare tickets.


Where did I buy my train ticket

Since I wanted to do a small round trip, I started early with all my planning, in order to be able to buy saver price tickets for all routes. My travel went from Stuttgart to Paris. Continued with the Thello night train to Venice. And finally with another night train to Sicily to the volcano Etna. To buy the saver price ticket to Paris, I have used the website of Trainline. First class for Euro 49 from Stuttgart to Paris - that's nice. The second class was for Euro 39. Of course, as always, the sooner you book, the cheaper the tickets are.


The timetable Stuttgart to Paris

The exact travel times can be found on the Trainline website. They vary sometimes, but only by minutes.

The departure in Stuttgart

The ICE arrived 20 minutes before departure at the platform at Stuttgart central station. Enough time to board the train the relaxed way.

My journey in the ICE from Stuttgart to Paris

On time we started in the direction of Karlsruhe and Strasbourg. In Strasbourg a lot of new travellers entered the train. Therefore the train got almost full.

The seat: I personally like both classes, be it the first or the second. Since the ticket for the first class was only 10 Euros more at my booking, I decided to go for the first class. You have more space and the car is generally relaxed, even when it is fully occupied - see photos.

The internet on board was pleasantly fast for a train - in both countries, Germany and France.

A train restaurant is also in the middle of the train. The current menu is available at here. But I did not visited it on this trip.

On board, you can already buy a Metro ticket from the conductor. A bit more expensive (Euro 2.30) than at the vending machine (Euro 1.90) in Paris. But you save time and it's just more convenient.


The arrival in Paris

The ICE train also arrived punctually at Paris Gare de l'Est. The disembarkation is quite relaxed, because it is a terminus. As soon as the first crowd of travellers has disappeared from the platform towards the station hall, you can comfortably walk along the train.


Find a cheap accommodation in Paris


In the station itself you have direct access to the metro. Unfortunately I got stuck at the entrance gates of the metro ... my ticket bought at the conductor on the ICE was not accepted. The ticket machine could then give out any change - the exact Euro 1.90 were required to pay at the machine. Thus, the credit card was my only choice to pay my ticket. Good that at least I did not have to stand in line.

If you'd like to continue to the Gare du Nord, you can comfortably walk within 10 minutes. You do not need to use the metro.

With Interrail from Germany to France

For the Alleo TGV and ICE trains you need an Interrail reservation. This costs 13 Euros in the second class and 30 Euros in the first class. You can buy them at the station. All information can be found here in the blog written by Flo.


In the night train from Germany to France

Unfortunately, there is no night train existing anymore on the route from Stuttgart or Munich to Paris. The only remaining overnight train connection to France is served by a Russian train of the RZD. This connection does not run daily. All information can be found in our blog Berlin to Paris by night train.

That's a matter of taste ... I like both. It's a great, fast connection. Especially on the French side you travel with both types of trains a large part of the journey at over 300 km/h. The TGV is a double-decker train, therefore the space for travellers a bit less. In the ICE you have more space, also for the luggage. Nevertheless, if I have the opportunity and need no connection in Paris, I take the TGV train. The seats are simply more comfortable - see photo. You can read my travel report to the TGV from France to Germany here.

My personal conclusion to the journey from Stuttgart to Paris

A very cheap ticket. A very short travel time for this distance. Departure and arrival in the city centers. And as well on time. What could I want more. From Frankfurt, Mannheim or Munich, Stuttgart and Karlsruhe to Paris: it's just fun. As train travel should be.

And last but not least ... if you want to support all the free content on rail.cc, just buy your train ticket via our partner link to Trainline or Deutsche Bahn. The ticket price is the same for you, but you directly support our project. Thank you very much! :) 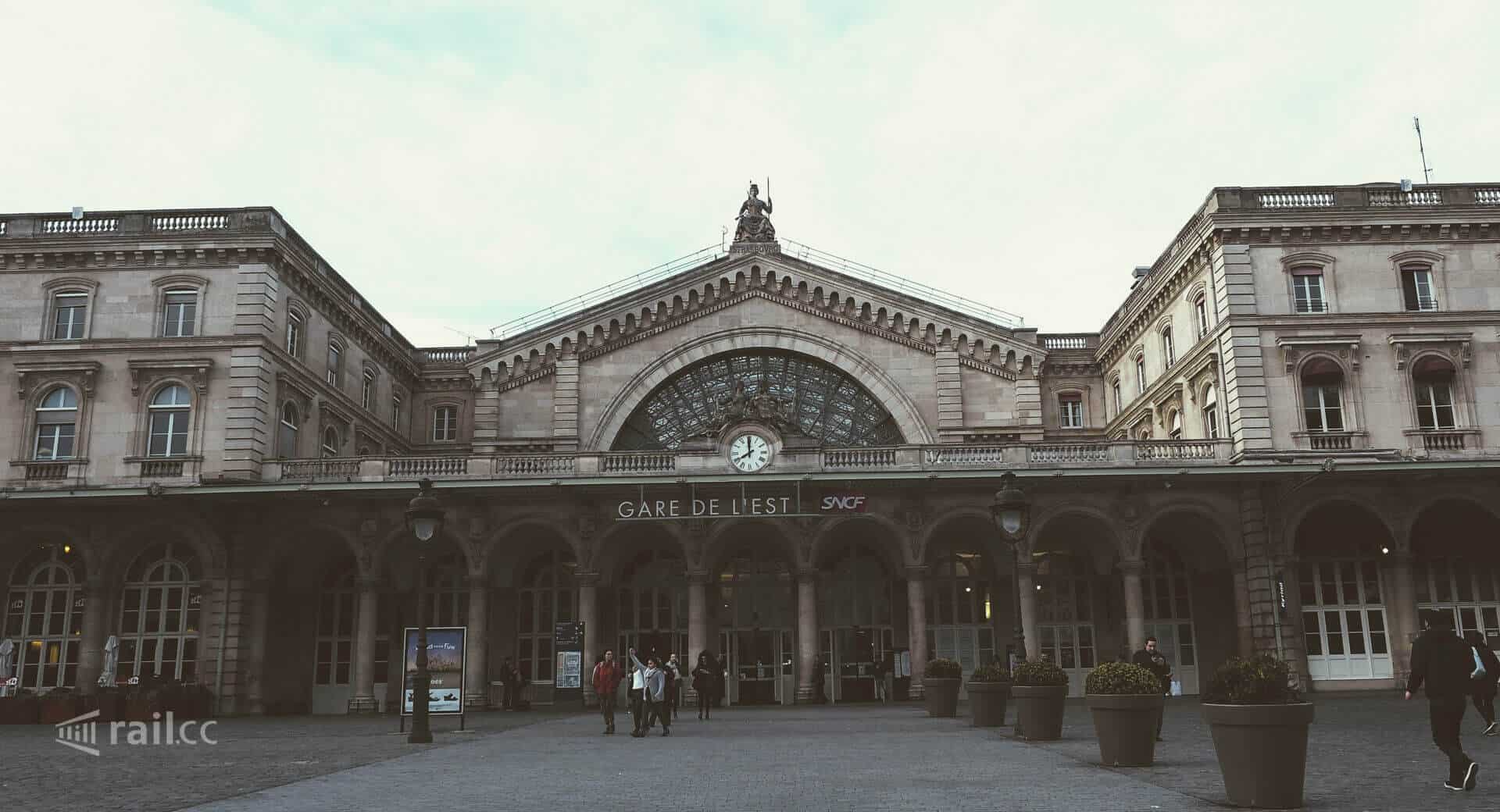