Travel in less than four hours between the two Russian metropols

The train connection from Saint Petersburg to Moscow with the fast Sapsan high-speed-rain was of course in my plans on my trip to Russia. For the 650 kilometres route the Sapsan needs 3:30 hours on non-stop-connections. The Sapsan (Russian "САПСАН" and translates into English "Peregrine Falcon") is based on the German ICE3 built by Siemens, but adapted to broad gauge and the weather conditions.

It was all at very short time and two days before the trip I had to get my ticket. The ticket prices for Sapsan vary depending on date, time and occupancy. I got mine for about 40 Euros, as I just wanted to drive in the evening - the exact time was not so important to me. In general, the Sapsans trains run more often at peak times in the morning and evening and not that much at noon.

Train tickets and schedules can be found on the following booking pages, where you can also buy your ticket online. I had my ticket on my mobile as a PDF document, which has worked fine with the conductor. Online tickets for the journey from Saint Petersburg to Moscow are available on Russiantrain (easy to book), Infotrain and RZD. 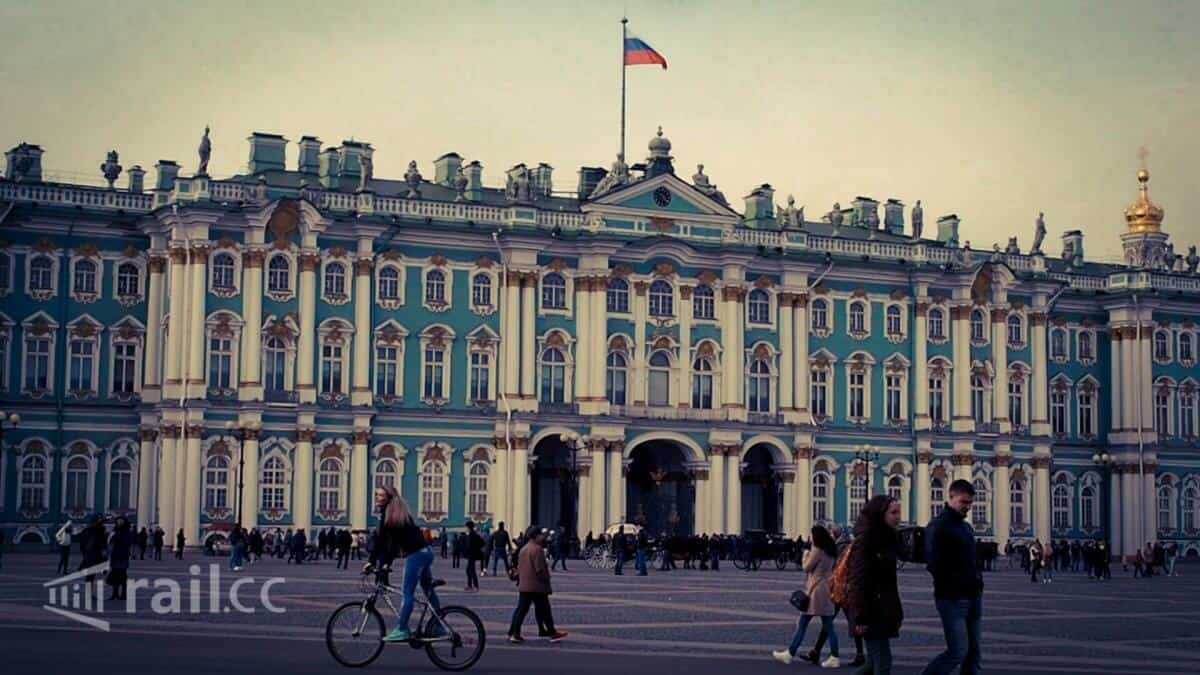 I was about 45 minutes before departure at the station. There was the usual baggage control, similar to an airport. Relaxed, friendly and fast.

All in all, there was a lot going on in the evening at the Moskovsky Rail Terminal in Saint Petersburg. The train also made the impression of getting full.

The journey in the Sapsan train

The train ticket also includes the seat reservation. Every seat in my surrounding was occupied. On departure at 19:00 h I got a small bag with headphones. To use it to listen to music or follow the screens on the ceiling. The seats of the second class were comfortable and I had enough space for my legs.

At first I could let the landscape pass me by daylight. The vastness, the nothing - I just like it. :) 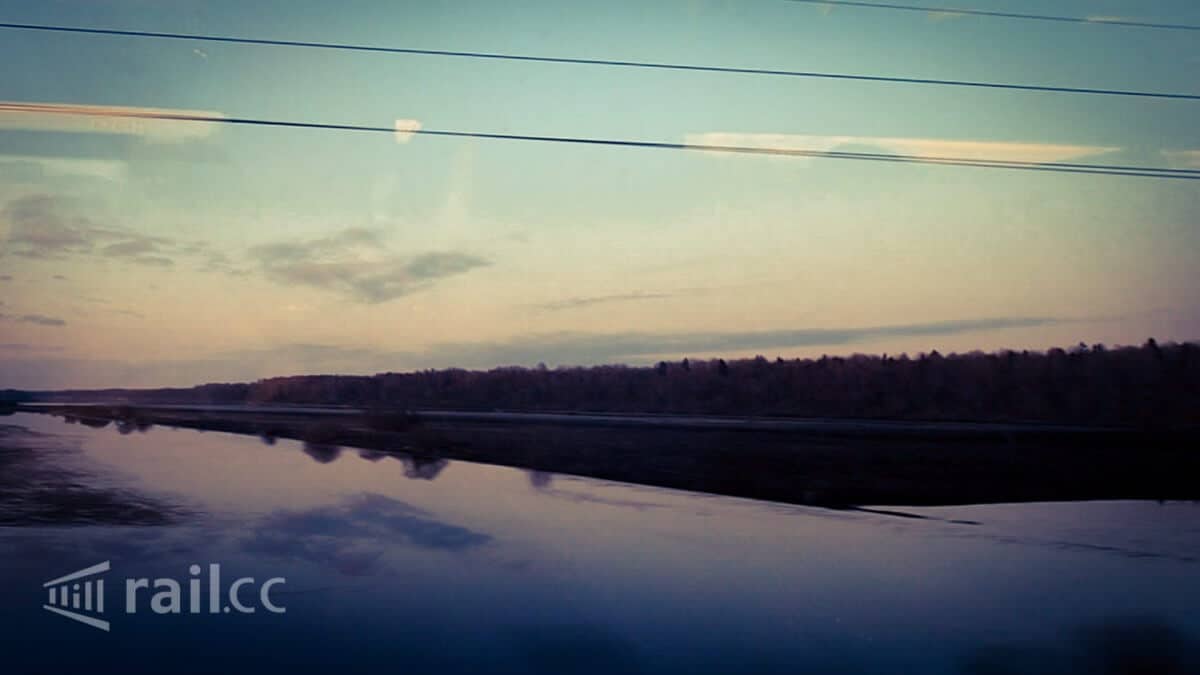 In the restaurant car I got a bottle of water in between, at normal prices. The train arrived at 23:00 h at Leningradsky Rail Terminal in Moscow - on time to the minute.

Conclusion for the trip with the Sapsan train

Personally, I found the journey in Sapsan relaxing, but not special. Just a high-speed train, as they are. The trip in the night train from Moscow to St Petersburg was much more fun. But these are personal preferences: one wants to get from A to B quickly and comfortably (= Sapsan), the other likes the nostalgia of train travel (= night train). If possible you should buy your train tickets on time, then you can save a few Euros. Online you can buy your train ticket on Russiantrain (easy booking system), Infotrain and RZD.

Another travel report about the Sapsan train is the one of Alexander - more detailled and really nice to read! :) 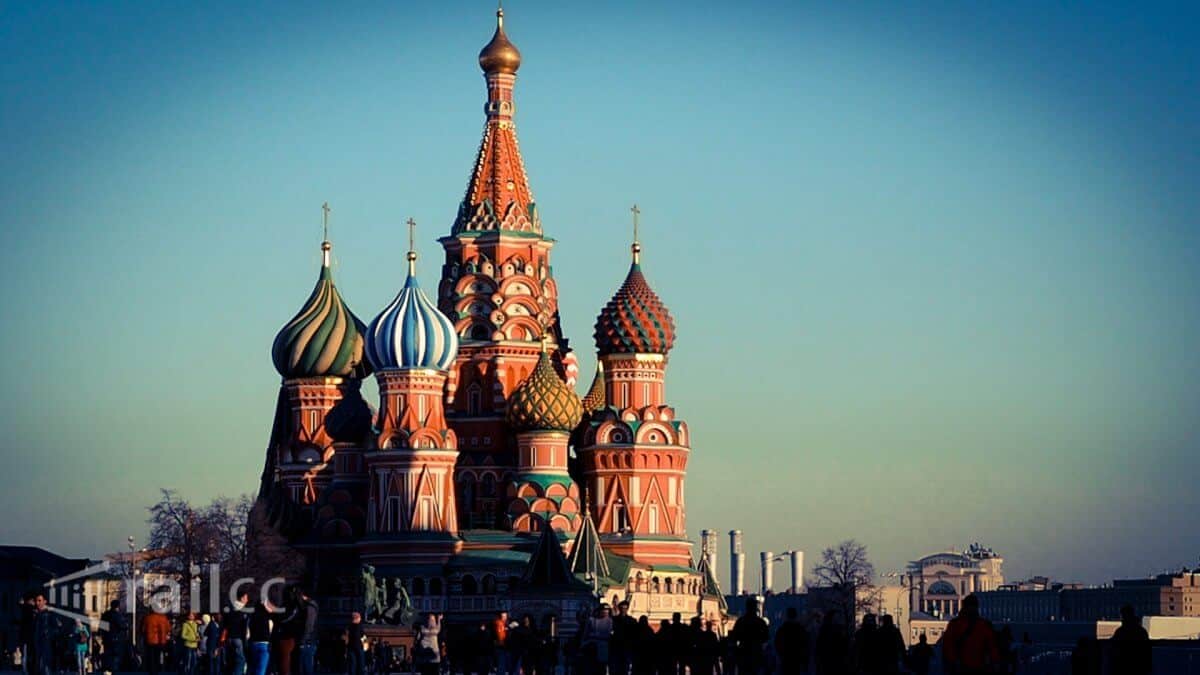