From Moscow to St.Petersburg by Night Train

An overnight journey in the Russian Grand Express

My journey from Moscow to Saint Petersburg I wanted to spent in a night train. More than ten different night trains was available for this night. What a large number! Finally I decided to travel with the "Grand Express". The price for a two-bed sleeper compartment was good. And with a journey time of just under nine hours, enough time to align myself. There are also faster connections available for this train route with a length of 650 kilometres: the Sapsan high-speed train over day. But since I was in no hurry and I wanted to save the night in a hotel, I could enjoy this excellent trip in the Grand Express night train.

This trip was a short-term decision. I bought my train ticket two days before departure. Since I was already on a trip (Russia trip with Flo), it was not possible for me to get the ticket printed somewhere. It had to be an e-ticket. After a bit of reading, I found out that it is also possible to show the e-ticket on my mobile phone. Wonderful! There are several ways to buy. I recommend Russiantrain (comfortable booking system), Infotrain and RZD (Russian State Railways). For the 2-bed compartment in the sleeping car, I paid about 140 Euros (70 Euros per bed). Of course it is not that cheap. But once in Russia, I also wanted to travel these special trains. :)

Compare the different options and select the best one for you. There are cheaper tickets and more luxurious ones available. Of course, as well much faster journeys by Sapsan high-speed-train. More im my other post about the Spasan and the one of Alexander. 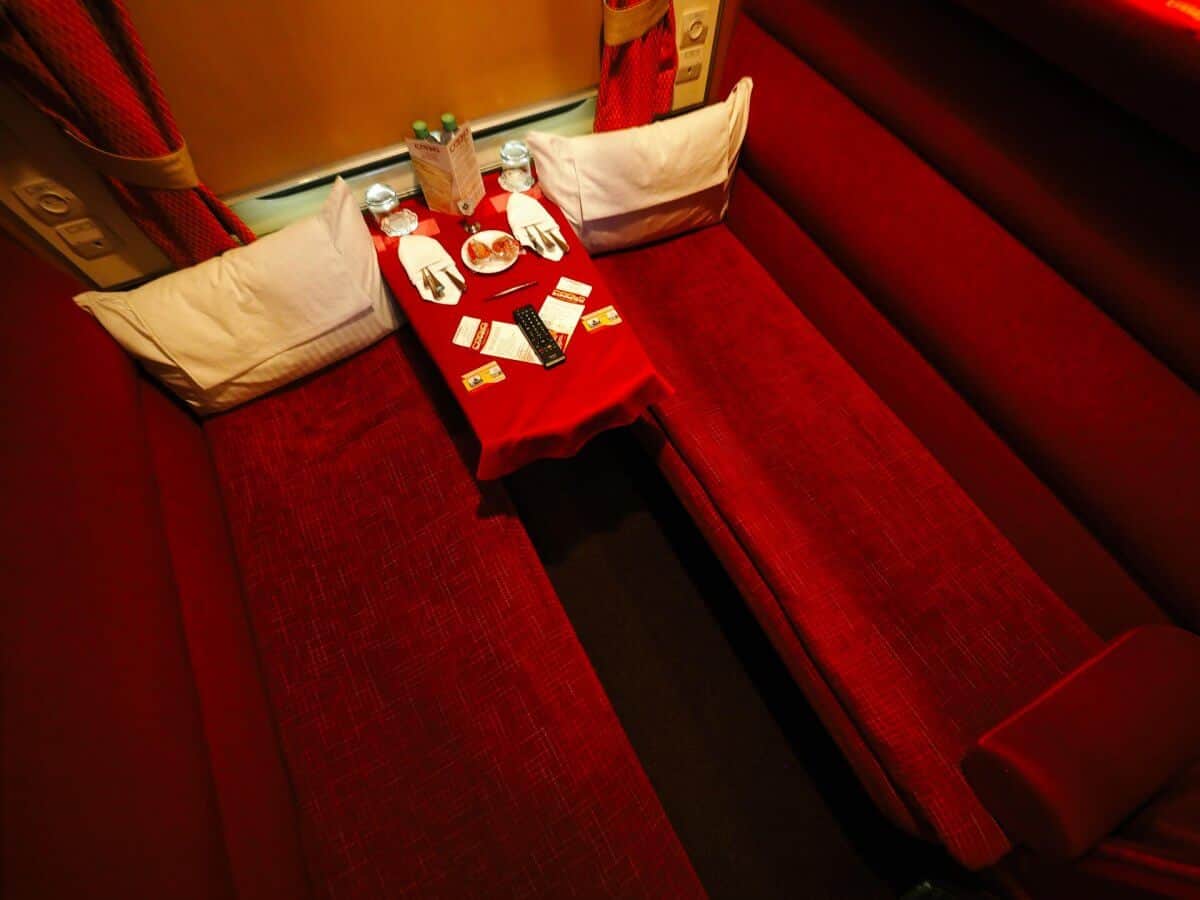 I took the subway to the Leningradsky Rail Terminal in Moscow (Ленинградский вокзал). I was there about one hour before departure. First it went through a security check at the entrance of the station, similar to an airport with x-ray, etc. The staff was totally relaxed and there was no waiting time.

At the platforms were already several night trains waiting for departure. Arrived on the right train and car, the sleeper car attendant was very friendly. He probably directly recognized the "non-Russian speaking tourists". After presenting my train ticket on the mobile phone, he matched the name with his list. I did not even had to show my passport. And went directly into the cozy and very clean compartment. Wifi was available. Everything perfect!

The journey in the Grand Express night train

It was still a while to the departure of the train at 23:40 h. Time to have a look at the compartment and to walk the sleeping car. On the folding table cutlery was ready - you can probably pre-order a meal before departure or select directly on the train. I did not do that because it was too late for me at 23:00 h. In the compartment there were two sockets (one per berth), a TV, enough space for luggage and free mobile Internet. The beds were still hidden under a red cover. As well as the entire compartment was kept completely red in color. Nice! :)

The order card for breakfast (included) was already on the small table. There I chose mine for the coming morning. The card was later collected by the sleeper car attendant.

Check fares for the Grand Express

The compartment doors could be opened and closed by keycards. Quite good, if you wanted to go to the toilet, which was at the end of the car. This was really very clean and shone formally. Rarely seen such a toilet in a night train. The toilet seat was covered with a protection that could be renewed.

Then it went off in the cozy bed: not too soft, not too hard. The night journey was quiet and I've rarely awakened for short moments.

In the morning breakfast came about 45 minutes before arrival. Enough time to relax and enjoy the remaining kilometers with fresh coffee and omelet - this is how to enjoy train travel!

We arrived punctually to the minute at 08:36 h in the Moskovsky Rail Terminal in Saint Petersburg (Московский вокзал Санкт-Петербург). The station was already very busy. Since I had left my luggage in Moscow, I could walk directly into the city center, which was not really far.

Personally, I liked the journey very much. Everything was very relaxed, clean and safe with great comfort. The price was also okay for me, as I have saved one night in a hotel. There are many different night trains on this route so you will find the one that suits you best. Either cheaper or more comfortable - there is everything you want.

Compare all trains and fares

The journey times of the night trains are between eight and nine hours. Unfortunately a bit short for a night train - at least for me. But you can get on the train a bit earlier and stretch the journey time. In my opinion, the trip by the Grand Express from Moscow to St. Petersburg is absolutely recommendable. Tickets are available on Russiantrain (comfortable booking system), Infotrain and RZD. 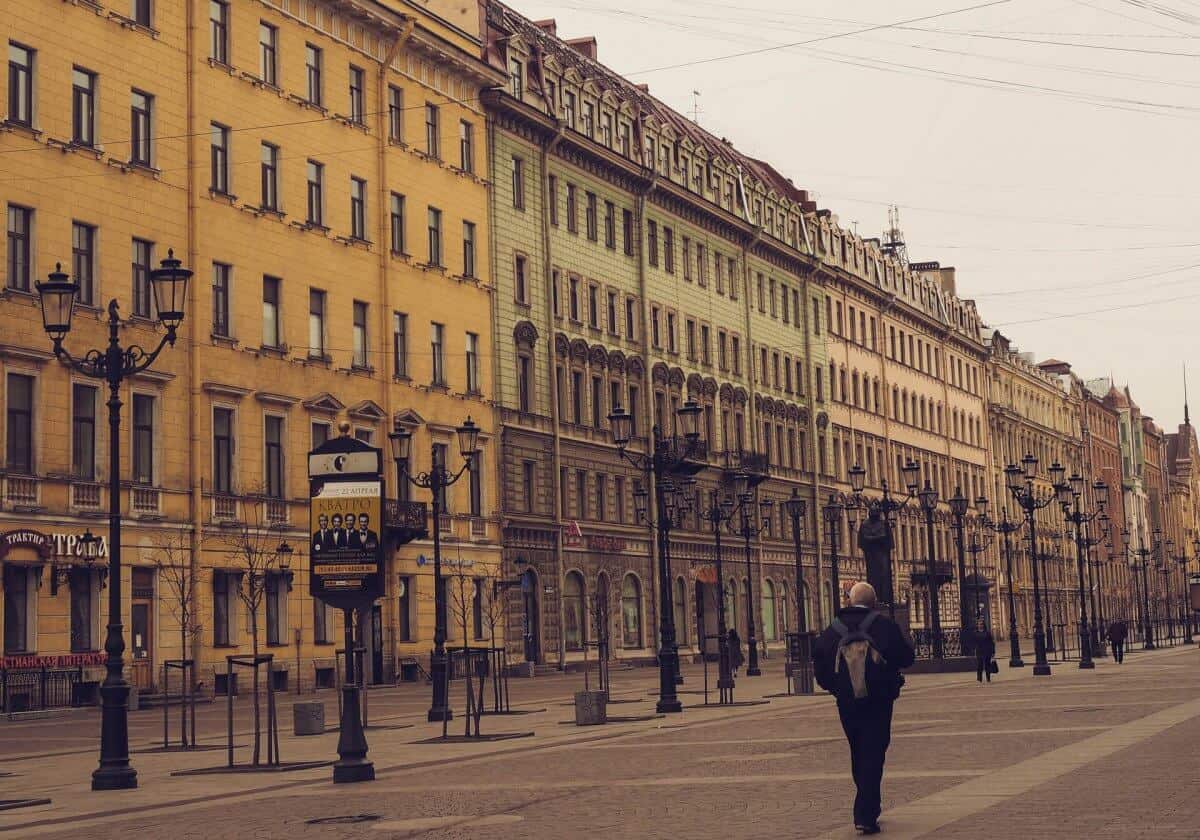