How to travel by Interrail in Poland. Overview and information to travel routes, Polish train types, night trains and Interrail reservations.

The Interrail pass is NOT available for purchase in your selected country of residence (USA). You have to travel with an Eurail pass.

Interrail is valid on all trains of PKP Intercity (State Railway for long distance travel) and PR (State Railways for local travel) as well as on trains of KM and Intercity buses of CD and DB and on the Moscow – Budapest – Sofia night train of RZD.
Not valid on other night trains of RZD and private railways Arriva, SKMT, KW, KD, KS, KLM, KLA, SKMW, WKD.
For more information about train companies in Poland click here.

Night trains: Seat reservation is compulsory on all night trains.
For more information about night trains in Poland click here.

The railway network of Poland is quite dense, even though many smaller lines have been closed during the last years. Speeds are not too high, however many lines are being currently upgraded which results in faster travel times but also in many construction works all over the country. Scenic lines can be found on the Hel Peninsula, in Masuria and in the hilly and mountainous regions in the south of the country. International trains run to Berlin, Prague, Vienna, Budapest, Bratislava and to Belarus, Russia, Ukraine.

Travelling in Poland is a bit more complicated than in other countries but if you know the basics you wont have troubles. All long distance trains require a reservation which are free when bought from a station in Poland. Regional trains are operated by many different companies which mostly do not accept Interrail. This means that it can be difficult to get to smaller towns and villages in some regions of the country, however since most travellers are probably heading to larger cities which are accessible by long distance trains this wont be a huge problem.

Timetables are available in our schedule planner or the Interrail app which include all trains and timings. However, since there are frequent timetable amendments due to track construction works, we recommend to also check on the national Polish schedule planner.

The railway network in Poland is quite dense however many routes are still very slow. The main routes from Warsaw to Poznan and Berlin (Germany), Gdansk, Krakow and Katowice allow fast travel times though. On the other hand, routes avoiding Warsaw are slower generally. Due to the bad condition of many lines, amendments to schedules are a common sight – always double check timings locally or with the help of the national schedule planner.

Reservations for domestic express trains are free when bought from a station in Poland. The fastest trains in Poland, EIP services, require an additional supplement. We recommend to avoid these trains and travel with other services instead.

There are some ferries to Sweden, for example from Swinoujscie to Ystad, from Gdynia to Karlskrona and from Gdansk to Nynäshamn.
For more information on ferries in Poland have a look here.

The Interrail One Country Pass Poland. Unlimited train travel in Poland. Travel routes, information to train connections and help in our forum.

What trains require an Interrail reservation. How to avoid expensive reservations and save money. Here you get free help and a list of all trains.

Interrail night train travel. We list all connections, fares and categories: seat, couchette, sleeper. How and where to buy night train reservations.

Do you have further questions and need assistance? Do not hesitate to ask in our friendly forum where you always get detailed help.

Krakow in the Winter

What to do, where to stay and how to get here by train

blog written by Flo
Travel to Russia by Train

With the RZD Night Trains

Travel in Style with Russian Railways

blog written by Flo
From Amsterdam to Warsaw by Train

Including a video documentation

blog written by Peter.Freisberg
Travel in the Baltics with Train, Bus and Ferry

It's not that complicated! 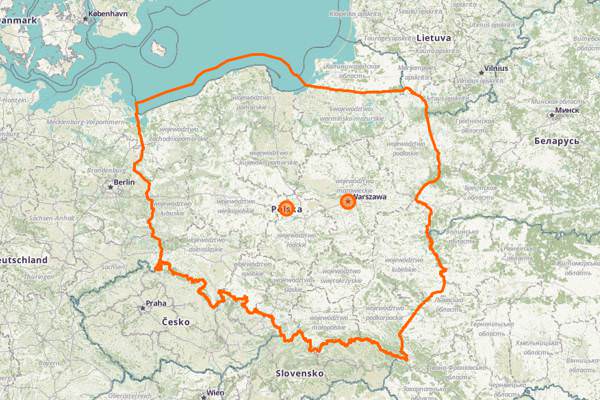